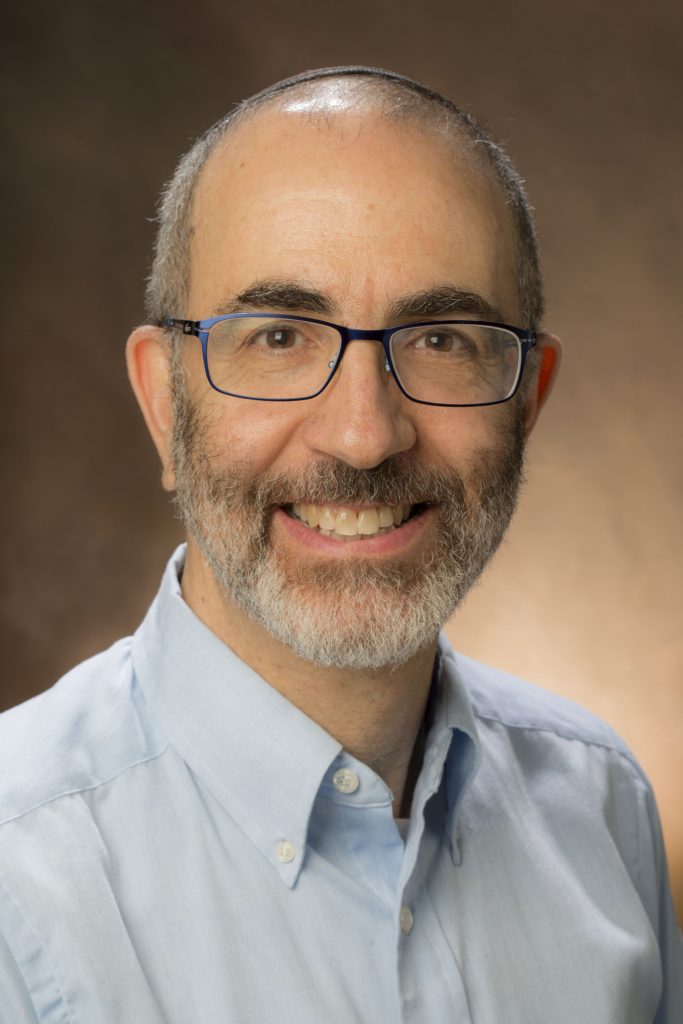 Hillel Gray is a scholar of religion and ethics with primary interests in Jewish legal discourse and in the study of oppositional religious groups. He is an assistant teaching professor in the department of comparative religion at Miami University of Ohio affiliated with the Middle East, Jewish, and Islamic Studies (MEJIS) program.

In the Fall 2019 semester, he introduced an innovative course, Empathy and the Religious “Enemy.” The course comes out of Gray’s decade-long ethnographic-style study, through in-person, recorded interviews, of controversial religious groups – namely the Westboro Baptist Church and the Neturei Karta, an ultra-Orthodox Jewish, anti-Zionist group opposed to the existence of the state of Israel and in favor of Palestinian claims to sovereignty. Through his approach, Gray pursues a non-biased, empathic discipline to interview and engage with an oppositional “Other.” Gray is training others, including students and scholars, to employ this research approach as a means to encourage meaningful conversations with polarizing communities – without validating or condoning their actions and beliefs.

Gray has served as the coordinator of Miami University’s Jewish Studies program and an academic advisor. Some of the courses he has taught include Religious “Fundamentalism,” Global Jewish Civilization, Religions of the Hebrew Bible, Judaism and Sex/Gender, Religion and Jewish Nationalisms in Israel, Religion and Law, Religious Roots of anti-Semitism, and Medicine, Morality and Religion.

Gray holds a B.A. from Yale, a Master in Theological Studies from Harvard Divinity School, and a Ph.D. in Religion on the history of Judaism from the University of Chicago. 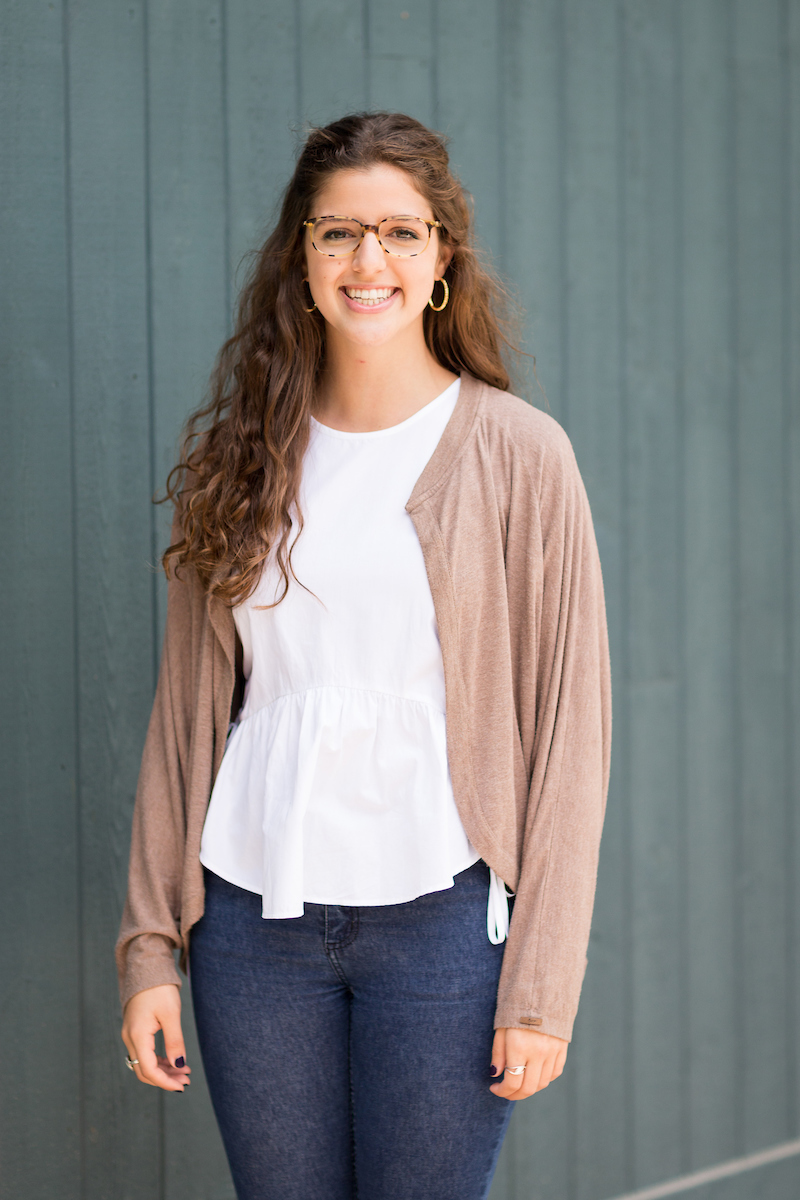 Isabelle Harari (she/her) is a consultant and research assistant to the Preaching Goes Viral project. She graduated from Oberlin College in 2017, where she studied Classical Civilizations and Comparative Religions. Since then, Isabelle has worked primarily with nonprofits serving first generation teens on their path to college and beyond.

Her previous work successfully  supported students through high school with both group-based learning and individualized enrichment. Isabelle’s commitment to informal education complements her interest in comparative religion to make her an enthusiastic PGV coordinator and teammate.

Isabelle’s more recent background in Human Resources at the Chicago Children’s Museum positioned her well to help with launching the Preaching Goes Viral Summer Internships program. She hopes that this summer, PGV expands its audience and opens its compelling archive of collected responses to the pandemic. Isabelle works on the PGV initiative from her plant-filled apartment in Chicago, IL. 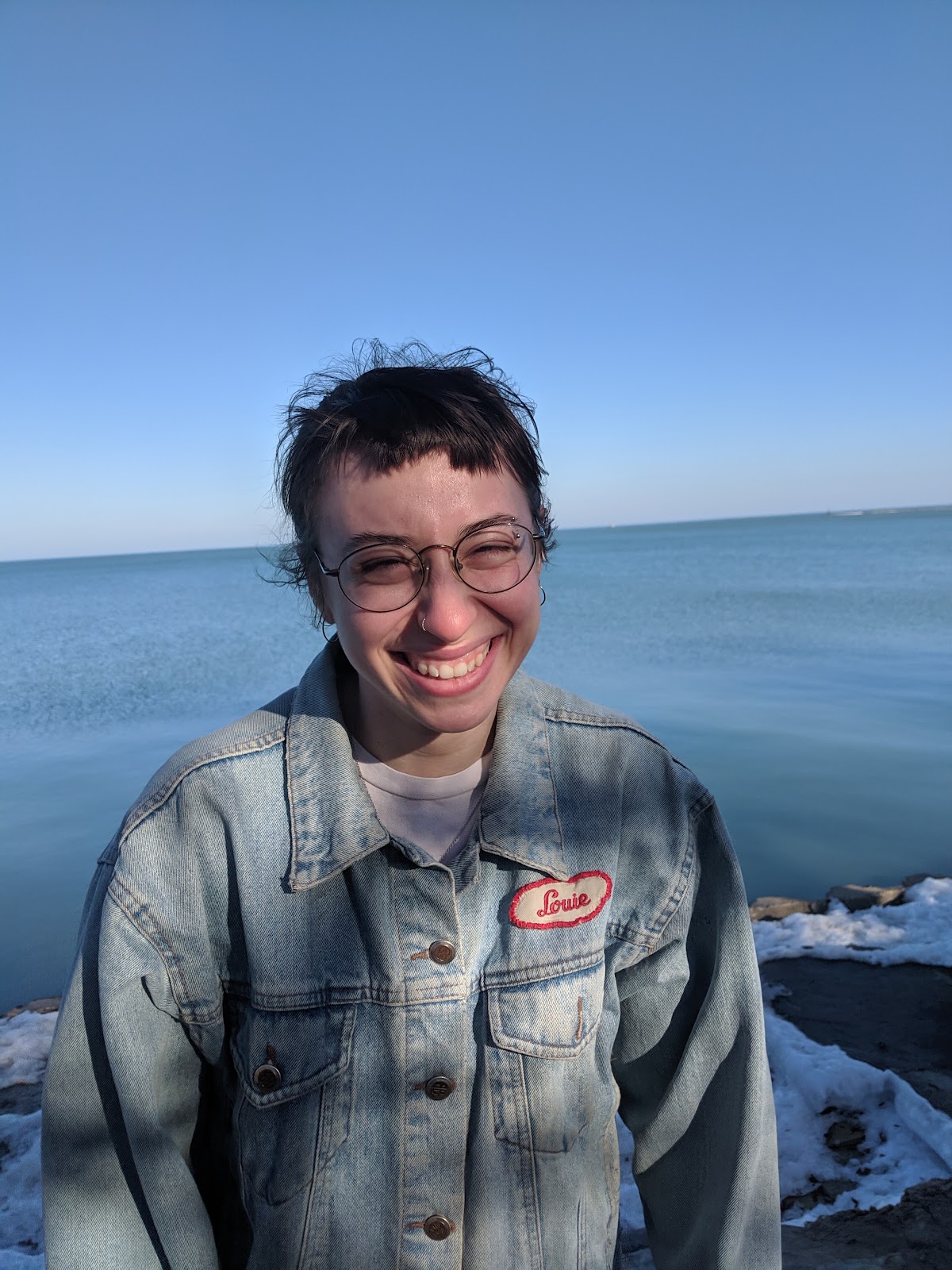 Leah Parker-Bernstein (she/they) is joining the PGV team with a background as a community organizer and a researcher, as well as a passion for multi-religious community collaboration towards ending racism, white supremacy, and police violence.

She has previously worked as a Housing Organizer in Chicago, IL for the Jane Addams Senior Caucus where she supported low-income seniors in affordable senior housing to develop their own building campaigns, fight for improved living conditions, and pass city and state-wide legislation. She has also worked as a Research Analyst for UNITE HERE Local 1, the hospitality and hotel workers union, developing campaign strategy and graphic materials, and implementing data collection and analysis.

She is a graduate of Smith College and the Avodah Service Corps and throughout and beyond both experiences has engaged in justice-based Jewish community building and multifaith organizing. Originally from Western Massachusetts, she currently lives in Chicago, IL and spends as much time as she can sitting near and swimming in Lake Michigan. 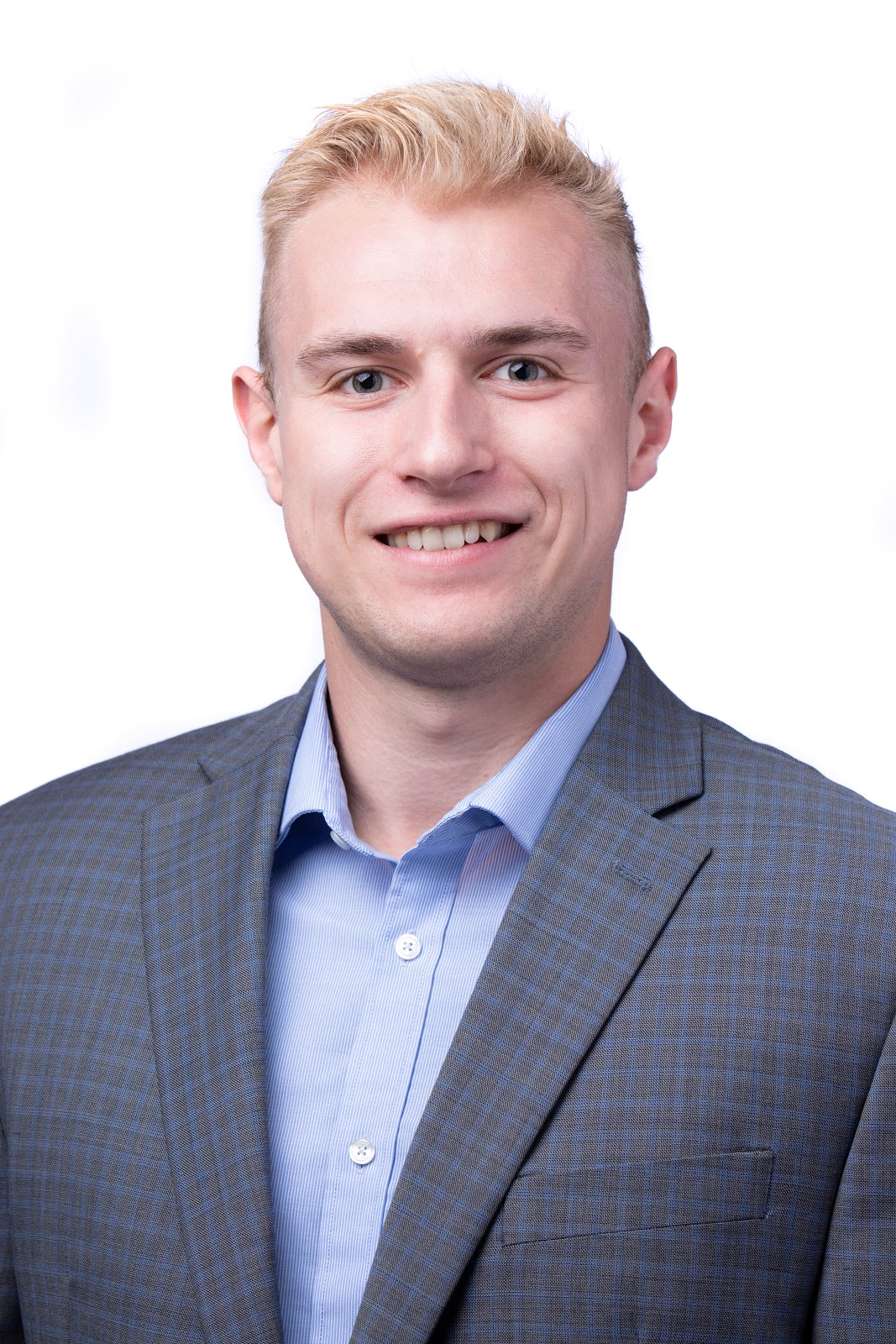 Reid Nelson is Miami graduate (December 2019) with a Psychology major, Global and Intercultural Studies co-major and Management and Leadership Minor. Currently, Reid serves as a research associate with the #PreachingGoesViral initiative and is working as a coordinator for interns during the summer of 2020. Reid traveled to Westboro Baptist Church in the summer of 2018 to conduct research and subsequently served as the project manager for the Empathy and the Religious “Enemy” project in the fall of 2019.

In addition to his involvement with the research team Reid is conducting Black World studies research on pedagogy and epistemology trying to develop ways of creating self-conceptions of dignity in the classroom. Reid has worked in Private Client Services at Hagerty Classic Car insurance where he worked on client account processes and client satisfaction, in addition to serving as a leader for interns and a mentor to new hires. He also worked in the Academy of Talent Acquisition at Quicken Loans corporate headquarters where he designed an onboarding and mentorship program for recruiters, trained new hires and worked on process optimization.

Additionally, he served as the service chair for Oxfam, a service organization that supports a school in Uganda and for Chi Psi fraternity. He was a part of the Miami University Club Waterski team which has won the D2 national championship twice during Reid’s time at Miami. Reid was given the Miami University rising leader in the community award in 2018. 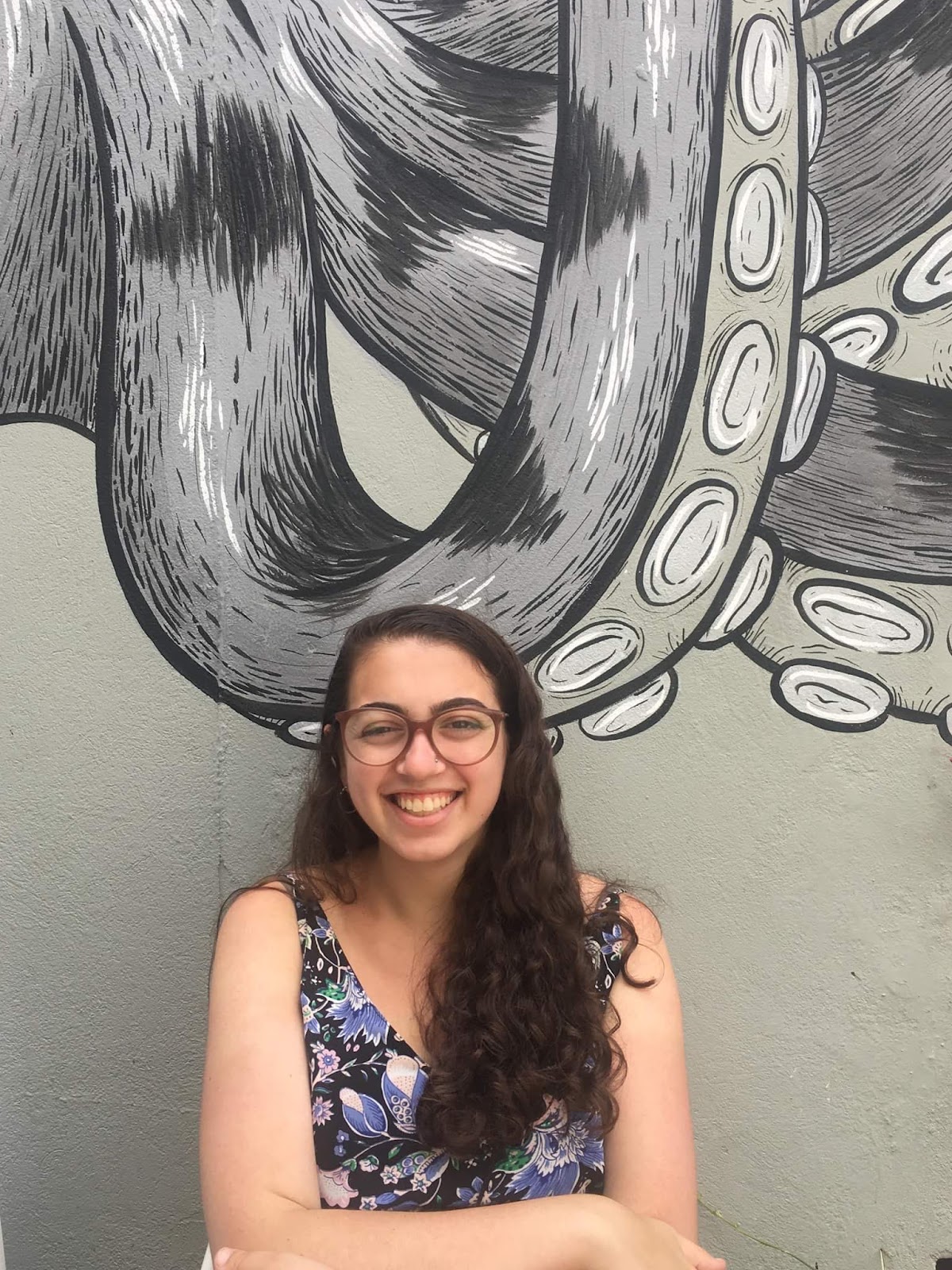 Sarah Binney (she/her) is joining the PGV team to provide data organization and database management support. She is a recent graduate of McGill University where she studied Linguistics and Hispanic Studies.

She got her start with qualitative and quantitative data analysis with various linguistic studies including a study of dialectal vowel quality variance in North American Jews, a study of consonant clusters in Tamazight, and an observational study of intonation patterns in adverbial clauses in European Spanish.

When she wasn’t doing research, she acted as a community leader in the McGill Chavurah, a justice-oriented Jewish community in Montreal, where she developed a passion for interfaith action and community organizing within a Jewish framework. She works as a youth worker for Boys and Girls clubs of Boston. She lives in Somerville, Massachusetts and when she’s not working she loves making her own pickles, baking bread, swing dancing, and hosting Shabbat dinners.